What Value Do You Bring To Your Business?

What Value Do You Bring To Your Business?

Feb 24, 2012 Blog, Small Business & Entrepreneur Coaching Comments Off on What Value Do You Bring To Your Business?

Some of the most under-appreciated people in a company are often the people who run the show: the business owners. Few people praise or even notice the hours upon hours you spend on your company, trying to perfect every last detail from product design to marketing materials to financial calculations. On the outset, it looks like the employees are doing all the work, but that’s only because nobody sees the everything this master ring leader is doing, like a conductor in an orchestra. 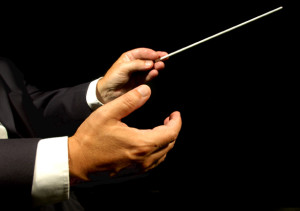 A conductor is known mostly for their public appearance during a performance. When they conduct music they are controlling the dynamics of the musicians. The tempo, timing of when a musician should come in and out, and the loudness or softness of an instrument being played based on what they think the composer may have wanted. The musicians only need to learn one score based on the instrument they are playing but the conductor has to learn the entire score. What most people also don’t know about conductors is that they are the ones called upon to speak to the local media and provide quotes. They are also involved in many creative decisions and business decisions before the performance season starts; i.e. the auditioning process of musicians, recruiting those they want to work with, or what particular works they want the orchestra to consider.

But just because you’re not as widely noticed or understood in your business practice, this doesn’t mean your value to the company is diminished in any way. Time and what you do with it is one of the great practices, and whomever invests the most time productively (important word being productively) is one of the company’s most valuable asset. I’d even go as far as calling it a time investment, because the more time you put in, generally the higher return on investment there will be. But you don’t want to be a slave to your business for the entirety of its existence; you want to maintain the same income levels- if not more- and be able to scale back a bit, don’t you? There are other benefits to being your own boss, but isn’t this the real reason you started a company or became an entrepreneur – to work your way to where you can take more time off or have time to spend with your family?

To determine how much you’re truly rewarding yourself for all your hard work, calculate your average weekly salary. If you’re working 80 hours per week, for instance, and only taking home $1,500 per week, this is $18.75 per hour. Some employees at your own company are probably making that per hour or make more than that! If this is the case, you should either be paying yourself more or working less.

Seems too simple, doesn’t it? Well it’s not, unless you’re willing to find that wiggle room in the company’s financial budget, or be willing to outsource more work to other employees or independent contractors so that you can reduce your hours. There are those that could probably use a pay cut and be more fair in terms of how revenue is shared amongst the masses keeping their ship running, and there are those business owners have a tendency to keep their pay low for years, saying that it must all go back into the business. At the same time, however, you definitely want to avoid the risk of a burn out, which could happen if you continue along this path without any tangible rewards for what you’ve been doing. 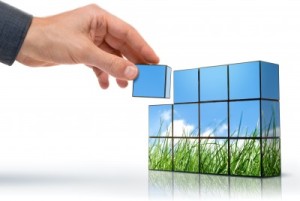 The time is now to focus on other aspects of your business, such as leadership development.  One way to do that is by offering more training to employees and encouraging them to increase their capacities, so that your team becomes strong enough to survive without its leader around 24/7. Only then will you be able to discover your true worth to the business and begin to reap the rewards of your deserving success.