Remembrance and The Human Connection

Remembrance and The Human Connection

May 28, 2012 Blog, Thoughts Comments Off on Remembrance and The Human Connection

This past weekend was another Memorial Day weekend. It’s that time of year when the weather has turned and the sun is shining, well at least it is here in Southern California.  Of course we also hear the important messages of remembering the fallen who have served our country that can be seen on television, heard on the radio, and gets passed around on the internet via social media.

I didn’t want to just write another blog post honoring those who have fought for our country on our behalf. I do want to say that I am grateful to those who have volunteered to go into this profession, a dangerous and sometimes controversial choice. It’s something that I don’t fully understand on a personal level since no one in my family has been lost due to the war, but I also don’t want to turn a blind eye.

For many months I have been hearing about the made for TV movie called “Taking Chance” that is currently showing on HBO. It’s not your typical war story, the kind of movie I personally have a hard time watching. It is based on the entries of a journal written by Michael Strobl (played by Kevin Bacon), the Marine lieutenant colonel who brought home the remains of Chance Phelps who fought in the Iraq war.

It’s a story based on a journey that is taking place somewhere in our country just about every day.  The film was deeply touching and educational in regards to the care that goes into bringing home a fallen soldier. I was moved by the respect and compassion that not only Michael Strobl had, but also the response of all the flight crews, drivers, and other passengers along the way – an example of that human connection we all have for the appreciation of life – and death.

There are a lot of subtleties in this film but the subject matter is anything but subtle. What I noticed in watching it, is how much that goes unnoticed about the practiced military traditions as well as those traditions that aren’t – such as doing what we do because it’s something our family did, or we do it because it simply feels good to. I also noticed the many gifts exchanged throughout story, some of which aren’t in physical form.

From seeing this story, of which I didn’t know at first was based on a real life example, I have a new level of compassion for our soldiers, the fallen, and this annual Holiday.  I have a feeling that every year during Memorial Day, I’ll be thinking of this story and the other real life “characters” who contributed to this hero’s journey.

When we allow ourselves to look beyond the obvious, there are hero’s everywhere to be seen.  Sometimes a simple act of kindness that wasn’t asked for or expected, can be considered the act of a hero.  Thankfully we have a day marked on our calendar to acknowledge these uniformed soldiers who are true heroes in a different sense. 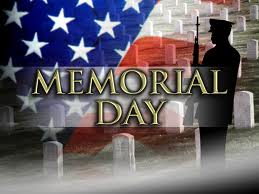 Regardless of what one’s political beliefs are about this war or any war, there are men and women who have lost their lives and deserve the respect and remembrance for their contribution.   If you haven’t seen “Taking Chance”, I highly recommend it.

It is currently being shown on HBO and can also be found on the Netflix.com website.