Do you Feel Like an Imposter or a One-Hit Wonder?

Do you Feel Like an Imposter or a One-Hit Wonder?

May 05, 2012 Blog, Success Stories Comments Off on Do you Feel Like an Imposter or a One-Hit Wonder?

I am so grateful for the amount of insight I get from the work that I do; truly my clients are my teachers. One example of this is what came up in a session recently about the need to be right. Have you ever noticed how people will dig their heels in to be right about something? Not to say of course that you have ever done that either. I’ll admit it; I’ve done it too.

What does this have to do with feeling like an imposter or worrying if we are going to be a one hit wonder? Let’s take an example from one of my clients. She’s an entrepreneur who provides a service to her clients. Not unlike a lot of entrepreneurs. So imagine, she was dealing with a client who wasn’t happy with her service when she knew she did a great job and provided them with what they asked for.

In general, people typically would rather be right than to see things from a different perspective and allow themselves a true sense of freedom. So like my client, in the past she would have dug her heels in “knowing” she was right and potentially could have destroyed that relationship. Because of coaching she discovered that she was starting to handle situations like this one in a new way. With a sense of calm and ease, with a new need – the need to be her best, rather then the need to be right. 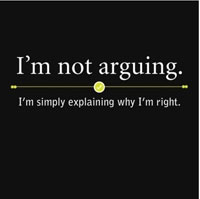 If we look back in time with my client a little bit farther, where was her need to be right coming from? It came from her lack of confidence in what she was doing and an underlying fear that she didn’t belong. More specifically she felt like an imposter because she was starting to work with a higher caliber of client and because it was new to her, she felt like she didn’t belong.

What she started to realize and the impact that coaching provided her was that she had belonged all along, but she was the one who couldn’t see it. There is a saying out there about “faking it until you make it” but the problem is that if you don’t feel it, you can’t fake it until you make it. You can only hold up that façade for so long before something will happen, or the part of you who feels you really are will be revealed. The imposter was really the inauthentic part of her that wasn’t up for the challenge, but when she said yes to a challenge, it was because there was that part of her that wanted it.

The real challenge then was that underlying fear of losing that façade that someone will find out or discover that she really doesn’t know anything. It’s fear that creates a lot of static between the message that your higher self is trying to give you and the message you are actually hearing. It’s like tuning a radio, when you get rid of the static, once you tune in and remove the fear, the message is really clear.

Now that she had faced her internal imposter, what she faced next was that she did not want to be a “one-hit wonder.” You see, any one of us can do it once. Now the pressure was on to do it again. In her own words, the miraculous change for her was the practice. To be true to who she is and practice knowing this is where she belongs. Part of this was acknowledging and being honest about her fear – being honest as opposed to being right.

When you notice that you are digging in your heels and there is that need to be right, that is really a white flag that there is an opportunity for growth. How might the repeating of the “I’m right” story impact the flow of money flow to you or other opportunities? What you’re actually resisting is “ease.” You are also potentially resisting who you really are.

For my client, working on what it means to be successful now seems fun and exciting. For her it’s been interesting walking forward without the fear. Fear is energy as is excitement. So if you look at fear vs. excitement, and the energy is the same, what differentiates it is the label we give it. Fear in some circumstances is valid since it keeps us out of harms way, but sometimes we misuse it.

So if we looked at “fake it until you make it” as an incomplete statement, then how might we change it so it had a more productive impact? The making it is not about doing, it’s about being. You can’t just rule yourself into being. It takes work. But it doesn’t have to be hard. Just give up being right and the imposter façade fades away.