Why I hadn’t done something for 5 months. My reasons and excuses.

Why I hadn’t done something for 5 months. My reasons and excuses.

May 02, 2012 Blog, Thoughts Comments Off on Why I hadn’t done something for 5 months. My reasons and excuses.

Okay I will admit it’s been almost five months since I wrote my last newsletter. No I haven’t been absent because I’ve been searching for the meaning of life. Where have I been? – I’ve been busy! But since I hadn’t, there I was going down the path of starting to beat myself up about not having done a newsletter but I realized that like everyone else that I am “doing the best that I can with the tools and resources that I have in every given moment.” So in essence, I’ve been creating my meaning of life.

A lot can happen in five months. In fact I once learned from an acting coach I had years ago, to look at life in six-month chunks with the philosophy that whatever I was doing six months ago was in preparation for today and what I am doing today is in preparation for six months to come. In going with that philosophy I have definitely been experiencing, and preparing for a lot to show up. 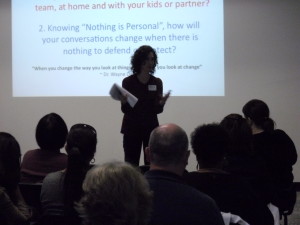 Here is a list of some of those experiences on the Professional side: I have done three major corporate workshops for the same oil company, became the Membership Chair for my Le Tip Chapter, was the Associate Trainer for a Life Potentials Training at iPEC, went on a retreat down in San Diego for my Vistage group, am developing a weekend retreat out in Desert Hot Springs, and repurposing content to create some audio programs that will be available for purchase hopefully by the end of this year.

On the personal and health front: I ended a relationship which resulted in further personal growth, am focusing on reducing my cholesterol, started hiking again, and am starting to practice meditation on a regular basis. So hence, I’ve been busy! 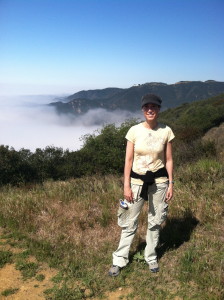 A few months ago a guest speaker came to a Vistage meeting and introduced us to a goal setting process using post its and a story board. It’s been interesting observing my own temporary surprise as I notice the process of accomplishment that’s occurring. Something I already know as a coach and teach as a success tool is planting the seeds for what I’d like to achieve. For some reason I still have fun getting to see those seeds sprout or even grow into something that I intended. Maybe it’s because there is a small part of me that still doubts that it can happen that easily.

I’ve learned a lot over the past five months and I’m excited to see what else I’ll be learning during the rest of 2012. Can you believe we’re almost half way through the year already?! What intentions did you set for yourself for this year and where are you with achieving them? If you haven’t yet, what is stopping you from taking time to even just think about your intentions for you and your life?

I actually updated my story board today, pulling off the post its that no longer resonate with me, and adding new ones so I can plant more seeds for new growth over the next 90 days. It felt good to just take a few moments to think about what I want and why I want it, how it will change my life and who I will get to be because of it. Just being in that “feel good” place was reason enough for me.