Losing the Guilt After Loss

Losing the Guilt After Loss

Jun 14, 2011 Blog, Thoughts Comments Off on Losing the Guilt After Loss

Why do we feel guilty? Even when we know something’s not our fault or a situation is completely out of our control, we often continue to let guilty emotions consume us and rule over even our most rational thoughts. Sometimes we feel guilty about something that we don’t yet fully understand. Many times, we even recognize that we are immersing ourselves in self-destructive feelings yet we continue to do it anyway. Does it feel good? Of course not. Is it easy to stop? It can be, but it’s often a long process that takes discipline and awareness to overcome. I recently went through this ordeal myself.

I lost a friend — a dear friend whom I met at a wedding of all places. Yes, he was a man, but he was the kind of gay friend that every woman should have and would benefit by having in her life. I moved to Los Angeles in February 1998 (yes, I’m dating myself now), and in October of that year, I went to a friend’s wedding solo since I was single at the time. That night, I was whisked to the dance floor by a fun-loving group of men whom I later refer to as “the girls.” After the wedding, they invited me to have a drink with them and so I went. I ended up talking with the one other introvert in the group, besides myself, and that moment started a beautiful friendship.

Arlo Robinson is his name. What can I say about Arlo? He was more than a friend. He was my handyman, my confidant, a fantastic listener, my decorator, and my support system. Over several years, we went through many ups and downs together. He’d give me decorating tips. I would give him a ride home from 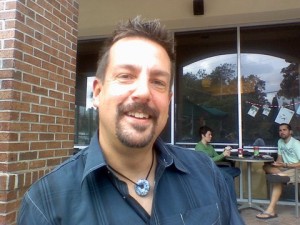 the airport. He’d provide great sex advice on different ways to please a man. I would help him with getting his finances in order. When he’d need a pick-me-up, we’d cook a nice meal together and share a bottle of wine as we’d talk and laugh our troubles away. No matter what we did together, we supported one another every step of the way in this crazy thing called “life.”

It had been a while since Arlo and I had spoken. Not for any particular reason — we just got busy in our lives. Then just a few weeks ago, I was catching up with some friends, talking about the changes in each others’ lives. My cellphone rang and it was a name and number I didn’t instantly recognize. I let the call go to voicemail before realizing it was from a woman I’d met through Arlo. When I finally listened to her message, my jaw dropped and I heard myself gasp. I looked up at my friends and said, “I think I’m about to find out that my friend Arlo just died.”

I called her back only to learn that my worst suspicion had come true. I appreciated her calm voice and straightforward manner in sharing with me what had been occurring over the past few weeks — and in particular, the last 24 hours. Arlo passed from lymphoma in the spine. It was an extremely painful and devastating condition and he died quickly after being diagnosed. The news struck me hard and everything became a blur. I remember falling to the ground and hearing myself say “no!” As I uncontrollably started to cry, I just listened. I listened to her relay to me all the difficulties, struggles and suffering he had been going through the past year. What was even more painful than learning of his passing was the thought that he’d gone through all of this without my knowledge. I kept thinking, “I should have been there for him.”

I cried as she talked, telling me more details of his life and ordeal. The waves of guilt began to crash over my mind and body. I thought back to the last time we had spoke, how insignificant the conversation was, and how I never told him how much I cared about him. More guilt piled on. I also wondered why was I the only one that didn’t get a chance to say goodbye when everyone else did?

As she was talking to me on the phone, my friends sat with me on the couch. I was so incredibly fortunate to have such dear company by my side. At one point, one of them pointed to their balcony where two birds flew in, patiently perched themselves on a branch, and then flew off a few minutes later. During this nightmarish time, I was able to embrace this simple moment of calm and peace.

But the ensuing days resulted in a rollercoaster of guilty emotions and remorseful feelings. Even though I’ve been hyperaware of how much I am beating myself up, the self-punishment still persists and my inner questions continue to pile up. Why didn’t I just be more aggressive about seeing him over the past year? Why did I not call him more often? Why did I allow this frustration to continually build-up, thus preventing me from calling him even longer? And perhaps most painfully, why couldn’t I get past my own feelings and be more sensitive to what he was going through?

I recognize that part of the struggle is not having the kind of closure that I would want. If I could go back and reverse time, of course, I would do things differently. But I’ve come to realize that torturing myself about those things that I cannot change is counterproductive to bringing any sense of peace about my wonderful friend. The first few days I was crying a lot — all I had to do was think about it. I’d go for a few days without breaking down, but then suddenly my mind would shift and I’d become present to how much I loved him and my eyes would well up.

So why do we feel so guilty about things that are beyond our control? Even if I could have been with him everyday over the past year it would not have changed the fact that he became seriously ill. After expressing my feelings of guilt to a friend, he told me, “Don’t do that to yourself—Arlo can hear you and would slap you silly if he knew you were doing this.” It was just the thing I needed to be told. I’m sure he would give me an earful and I can even hear his wonderful laugh now as I type these words.

I asked another friend, a fellow coach who specializes in grief, about how things unfolded and what I was supposed to learn from it. He suggested that maybe the fact that I didn’t say goodbye is what was best for Arlo. For a moment I took my own feelings out of the equation and pondered his question. What if it was best for him? Well, then I am happy it happened the way it did. Who knows, maybe it would have been too hard if I went to see him before he died, and in turn, would have made his passage more difficult for him, too.

Despite this comforting thought, my emotions have still been difficult to manage.  During a second conversation with the woman who broke the news to me, she mentioned then that she was wondering why he was fighting to hold on after he already spoken to everyone. She shared with me that maybe he was waiting to say goodbye to me. The news was hard to hear. But yet in a strange way, I was happy to hear it.

So where do I go from here? Certainly there are things about my relationship with Arlo that I wish I could change. But beating myself up about the fact that life has its own rhythms and logic is no way to honor his memory. Perhaps the best thing to do is to continue our friendship and cherish his spirit. In thinking back to the advice that “he can hear you”, then what would I tell him? I would tell him he was loved. I would tell him he was appreciated. I would tell him how much I miss him. I would tell him that everything is going to be OK. It doesn’t mean I won’t cry from time to time, I will. Yes, I still may feel twinges of guilt about why I wasn’t able to be there for him, but I know that harboring those feelings will not change the past or my memories of him. In looking forward, I now have another guide on the other side looking out for me.  And whenever my time comes, I look forward to cooking dinner and enjoying a glass of wine with him and catching up on lost time. Maybe I will be whisked away once again for another fun-loving dance.

Cheers to you, Arlo.