I’ve noticed an epidemic out there, which maybe it’s taken me a while. Has anyone else noticed it? It’s an epidemic that unfortunately affects kids and adults alike, men and women.  It doesn’t matter your age, your gender, what you do as a profession or even where you grew up. Maybe you were raised in an affluent neighborhood, or maybe you were in an environment where there was a constant struggle with money.

It’s apparent in our relationships, the way we hold ourselves back from achieving our dreams, as well as in our relationship to money. Most often we’re not aware of it. When we do notice it, we sometimes wonder, “where did that come from? I’ve never had this before!”  It feels like it just crept in from outside of us and all of a sudden showed up.

It comes in many forms and affects not only the many thoughts that we have about ourselves; it also affects what we say out loud to others. Here are just a few examples:

-“I feel like I’m never going to be able to leave my job.”

-“I probably won’t ever meet the kind of man that would really make me happy.”

-“I don’t think realistically that I’ll ever be able to completely break ties with him (or her).”

-“I’ll never be able to afford to buy that.”

-“I just don’t see that as ever being possible.”

-“The road to hell is paved with good intentions.”

They often involve extreme language like never, or ever.  A client shared that last one I listed when we were talking about intentions and being intentional with who we are being and with our actions. Now that’s a limiting belief if I’ve ever heard one!

We then talked about how that might not be true. Such as my mantra of, “we are all on our own path at our own pace.” We talked further about how we are where we are now, and metaphorically, it’s like only being able to see as far as what our headlights on our car lights up as we’re driving at night. This is of course different then being able to visualize our future using our imagination.  Some tend to look so far ahead that they miss out on what is happening right here, right now.

Some are limiting beliefs that believe it or not, were passed down to us from our family. I always try to assume that people have the best intentions, so I’m sure they had a good reason for telling you these things. I just wonder how believing these things also might be hindering you and your life in some way as well?

Then there are those beliefs and things we say about other people. Here are a few of those examples:

-“I just don’t see them ever changing.”

-“Well they haven’t done it yet, so it will probably never happen.”

-“We’ve tried everything and nothing is working.”

-“They promised me before, and just like last time, I don’t believe them.”

-“Because of where they’re from, it will be easy to predict what their outcome will be.”

The kind of beliefs we have about others and the space we create for them to show up in, also have a direct impact on them as well. There have been several studies done that the beliefs teachers have about their students and what they can achieve, has influenced how well those students did on their grades. I know I always say we can’t control others. We can’t. It is still important to know that how you feel about someone and what you think about them can have an impact them. How much of it they let in is up to them, and when someone is young, they are still learning about their own individual power and what that really means.

When I look at how this way of being has influenced people, myself included, I see it as an epidemic that is even more harmful than drugs, alcohol, or some other form of abuse.  What I’m speaking about, which you have probably guessed at this point, is doubt. When we doubt ourselves, it’s really a form of abusing ourselves.

Can you imagine how many less people would be attending AA (Alcoholics Anonymous), or NA, or any of the anonymous groups if they didn’t doubt their ability to move beyond their addiction? How about all the people that knew, really knew, that they would be fine if they left an abusive partner and could begin another chapter in their life?  There also might be a lot more people walking around on this planet that were happy and fulfilled because they didn’t let that doubt stop them from taking action and achieving goals they’ve been dreaming of since they were young.

I love when I hear people say things like, “You know what I’ve always wanted to do…”, or  “you know what I really want to do is…”, and they complete the sentence by proceeding to tell me. That shows possibility, promise, and clarity. Then they follow it up with a “but”, that word that most people don’t realize negates everything you just said in the previous part of a sentence.

What if there was no “but?”  Without the presence of that word, there also might be the loss of doubt. After all, who are your dreams for? Who would benefit most by doing what you really want to do? YOU! That’s right, you. You never know, they also might benefit someone else. When you start to get that your beliefs about yourself, and the doubts that you have that stop you not only affects you AND can also affect others, then see how you let doubt have the power that it’s had.

I know where you’re at; I’ve been there too. Believe me, I am a pro at being a doubter. I have doubted many things in my life, including the doubt I had about working for myself and starting my own coaching practice. Then I doubted I could actually be successful at it. Once I got clear about what success means to me, then my doubt started to subside. Since doubt is a normal part of who we are as human beings, well, there are more doubts I am working through right now. After all as I always say, I am not immune I am human too.

What doubts do you have? How have those doubts affected your life? What clarity do you need to have about what is important to you so you can give the energy of your doubt another job? Are you finally ready to break through them?

A great way to do that is to transfer that energy into supporting you in having what you want. To support you in achieving those goals or moving on from those things or people that are no longer serving you. Look doubt in the face and tell it, “I don’t need you anymore.” 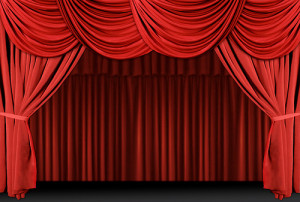 Thank your doubt for keeping you safe but that you don’t need to hide or be kept safe anymore. Come out from behind the curtain. There is an audience waiting for you to come out and bow on stage, to congratulate you on being the person that you are. Just listen to their clapping and cheering. Stand there and soak it in. Feel that smile on your face and the pride that you are experiencing all throughout your body. Now where is that doubt…”what doubt?” you ask. That’s exactly my point.